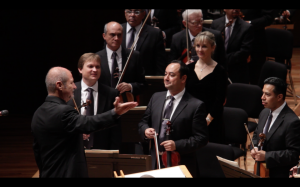 During the past 25 years, Enrique Barrios has conducted orchestras and opera in 23 countries, which include: Canada, China, Czech Republic, France, Germany, Great Britain, Hungary, Italy, Portugal, Russia, Spain, United Kingdom, United States, South America and Mexico, on the podium of over 100 orchestras such as the Berlin Symphony, the Orchestre National du Capitole de Toulouse, the Czech Philharmonic, BBC Philharmonic, Colorado Symphony, Grand Park Festival in Chicago, etc. He has been music director of the Mexico City Philharmonic Orchestra, Aguascalientes Symphony, Bellas Artes Theatre Orchestra, Bellas Artes Chamber Orchestra,as well as associate conductor of the UNAM Philharmonic Orchestra and the San Antonio Symphony in Texas among others. As Music Director of several orchestras, he has toured Europe, USA, South America and the Far East. He was music director of the Bellas Artes Opera in Mexico, and as guest  has conducted at Moscow State Opera, Hungarian State Opera, Prague State Opera, Northern Ireland Opera, etc. Among the many awards he has received highlights the Hispanic Artist Fellowship, which he received in the United States. He has shared the stage with artists such as Katia Ricciarelli, Leona Mitchell, María Alejandres, Ramón Vargas, Rolando Villazón, Francisco Araiza, Gil Shaham, Leila Josefowicz, Eugene Fodor, Boris Pergamenchikov, Yefim Bronfman, Leonidas Kavakos, Paco de Lucia, and Jorge Federico Osorio, among others. Triumphs in his activity as a conductor include the cycles of Shostakowich´s 15 symphonies and Mahler´s 9 symphonies with the Mexico City Philharmonic Orchestra. 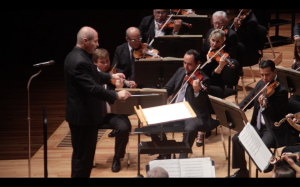 He has participated as jury of several international competitions such as the International Violin Competition of Buenos Aires, to which he was invited by Shlomo Mintz, President of the jury. He was President of the International Cooperation Programme “Iberorquestas Juveniles” (Youth Orchestras in Iberoamerica) of the Ibero-American General Secretariat (SEGIB). He conducted the Ibero-American Bicentennial Youth Orchestra (OJIB), group made up of musicians from 21 Iberoamerican countries in a tour which included North and South America. Appointed by the Mexican Ministry of Arts (Conaculta), he was National Coordinator of the “Sistema Nacional de Fomento Musical”. As Music Director of the Carlos Chavez Youth Orchestra he conducted them in performances at the Chicago Youth Music Festival of the Chicago Symphony Orchestra. Enrique Barrios has made recordings for diverse labels such as: Philips, Sony, Polygram, BMG Classics and Naxos.